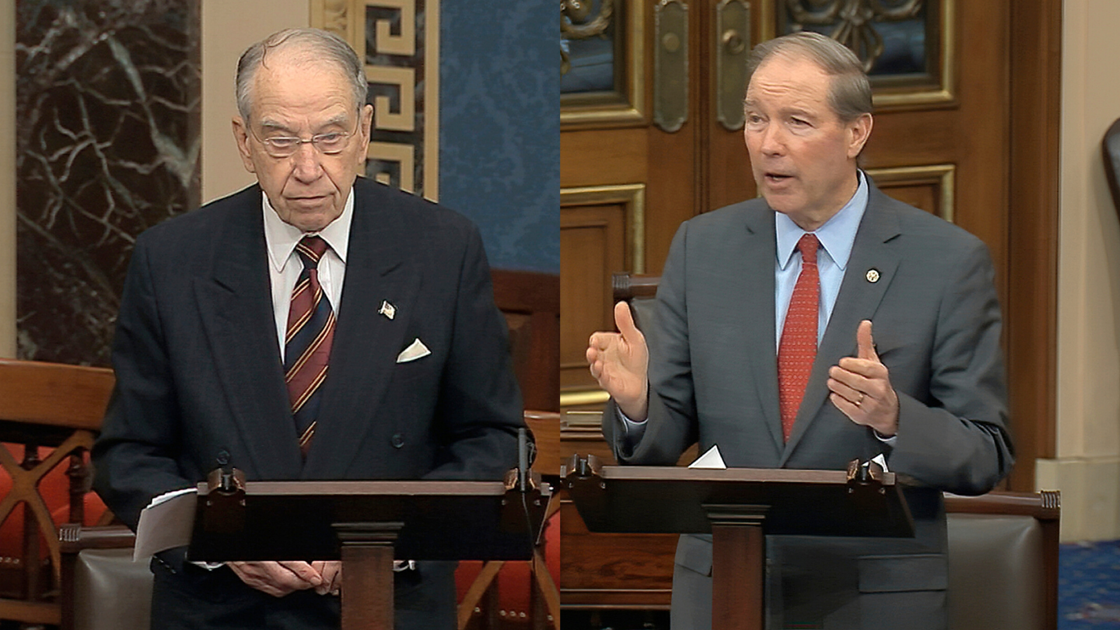 (The Center Square) – On Thursday, Sen. Chuck Grassley, R-Iowa, joined all Republican members of the Senate Judiciary Committee in demanding the Department of Justice “not interfere with the rights of parents to come before school boards and speak with educators about their concerns.”

The letter follows U.S. DOJ Attorney General Merrick Garland’s Oct. 4 memo that stated DOJ would announce “a series of measures designed to address the rise in criminal conduct directed toward school personnel,” after “a disturbing spike in harassment, intimidation, and threats of violence against school administrators, board members, teachers, and staff” at public schools “in recent months.”

In the letter, Grassley joined the other senators in criticizing a letter the National School Boards Association sent President Joe Biden a letter Sept. 29 asking federal law enforcement “and other assistance to deal with the growing number of threats and acts of intimidation occurring across the nation.” The association called for “immediate assistance … to protect our students, school board members and educators “who are susceptible to acts of violence affecting interstate commerce because of threats to their districts, families, and personal safety” and “a joint expedited review” of actions to take under laws, including the PATRIOT Act.

“The school board meetings at issue in the National School Boards Association letter largely appear to involve parents being frustrated by COVID-19 mask mandates for children as well as the possibility of school curricula newly incorporating the controversial academic discipline generally known as critical race theory,” the senators said. “Parents who get upset about these topics, and others, are engaging in speech that is clearly protected under the First Amendment.”

They asked Garland to explain “how any of this rises to the definition of criminal harassment” and “to make very clear to the American public that the Department of Justice will not interfere with the rights of parents to come before school boards and speak with educators about their concerns.”

In the memo, Garland said the DOJ would use “its authority and resources” to “discourage these threats, identify them when they occur, and prosecute them when appropriate” and that since coordination with local enforcement is “critical” for the measures, he is directing the Federal Bureau of Investigation, working with each U.S. attorney to meet with federal, state, local, tribal and territorial leaders in each federal judicial district by Nov. 3. The meetings will be discussion of strategies for addressing threats and “open dedicated lines of communication for threat reporting, assessment, and response.” The DOJ’s efforts “are expected to include” the creation of a task force to “determine how federal enforcement tools can be used to prosecute these crimes, and ways to assist … law enforcement where threats of violence may not constitute federal crimes,” according to a DOJ news release.

The DOJ will also develop “specialized training and guidance” for local school boards and school administrators, the release said to “help school board members and other potential victims understand the type of behavior that constitutes threats, how to report threatening conduct to the appropriate law enforcement agencies, and how to capture and preserve evidence of threatening conduct to aid in the investigation and prosecution of these crimes,” the release said.

NTOC “will direct credible threats to FBI field offices, for coordination with the U.S. Attorney’s Office and law enforcement partners as appropriate,” the release said. “Reporting threats of violence through NTOC will help the federal government identify increased threats in specific jurisdictions as well as coordinated widespread efforts to intimidate educators and education workers.”