Majority of State Finances Worsened in 2020, With Tax Burdens Continuing Up 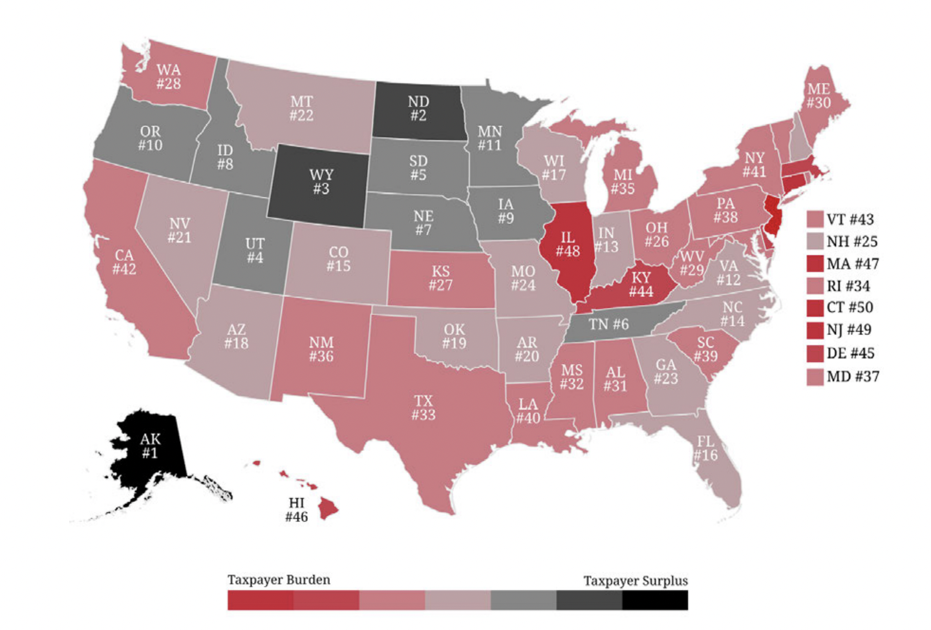 (The Center Square) – A new report published by Chicago-based Truth in Accounting found that the majority of state finances worsened in 2020, with taxpayer burdens skyrocketing.

The twelfth annual Financial State of the States report ranks all 50 states by their financial health based on the latest available data from states’ fiscal year 2020 audited Annual Comprehensive Financial Reports.

“Despite receiving federal assistance from the CARES Act and other COVID-19 related grants, the majority of states’ finances worsened,” the report found. “Total debt among the 50 states amounted to $1.5 trillion at the end of the fiscal year 2020.”

Out of the 50 states, 39 did not have enough money to pay their bills during the onset of the state shutdowns related to the coronavirus. Despite all states receiving federal aid from the CARES Act and other COVID-19 related grants, the majority of their finances worsened during fiscal year 2020.

TIA calculated how much each taxpayer would owe to pay off their respective state’s debt, resulting in a Taxpayer Burden. The average Taxpayer Burden across all 50 states was $9,300 for fiscal year 2020, roughly $2,000 worse than in 2019. TIA also calculated a Taxpayer Surplus for states that not only had money available to pay their bills but also had money left over.

The majority of state debt comes from retirement plans such as pensions and retiree health care benefits. On average, the 50 states set aside only 64 cents per dollar to fund pension promises and 8 cents per dollar to fund retiree health care promises. The downturn in the market at the beginning of 2020 caused many state retirement plans to earn far less than needed to cover increasing liabilities. When states can’t make up investment shortfalls, the costs fall on taxpayers, TIA notes.

“The majority of states were financially unprepared for any crisis,” Sheila Weinberg, founder and CEO of Truth in Accounting, said in a statement. “When states can’t pay their bills, taxpayers are on the hook.”

Every state, except Vermont, has a balanced budget requirement, the report notes. In order to balance the budget, elected officials must include the true costs of their state government in budget calculations. But their financial reports, TIA argues, indicate that they didn’t do this, further pushing costs onto future taxpayers.

Instead, many states balanced their budgets by inflating revenue assumptions, counted borrowed money as income, understated the true costs of government, and delayed the payment of current bills until the start of the next fiscal year so they weren’t included in the budget calculations, TIA found.

“These states deserve recognition for truly balancing their budgets, but the uncertainty surrounding this current crisis makes it impossible to determine how much will be needed to maintain government services and benefits,” TIA states.

Despite having a surplus, all 11 states also received federal aid.