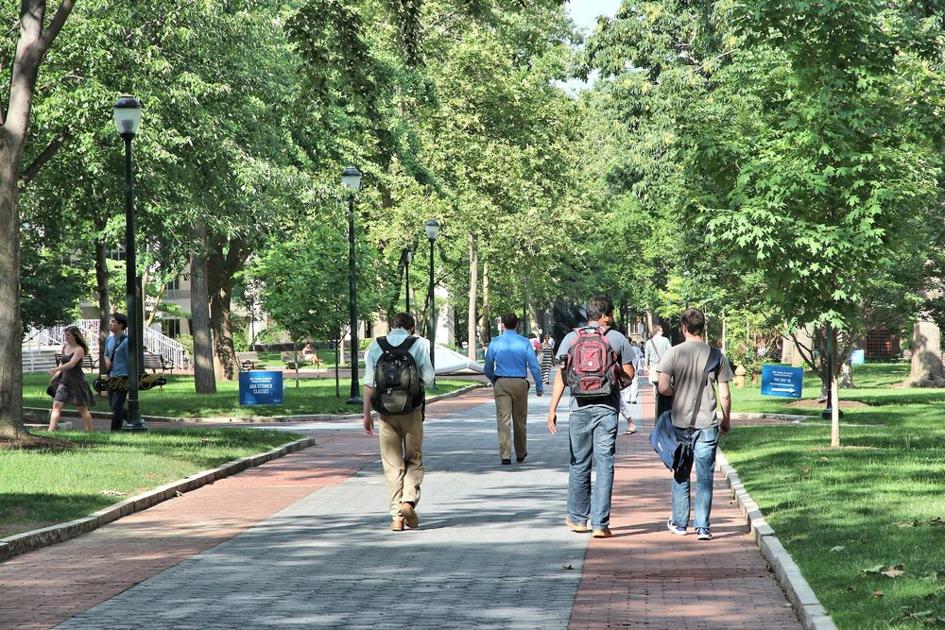 According to a new report published by the Foundation for Individual Rights in Education (FIRE), 49 out of 53 of the top universities surveyed don’t provide students with basic due process protections.

“This means that many colleges’ policies may have to be revised significantly after new Title IX regulations go into effect,” FIRE said.

Title IX rule changes first proposed in November 2018 are expected to be finalized in the spring of 2020. The new changes limit the definition of sexual harassment and allow for the cross-examination of the accused by the accuser’s defense team.

Title IX, signed by Richard Nixon in 1972, prohibits gender discrimination in public schools. The U.S. Department of Education (DOE) has historically determined how to interpret the law and apply it to sexual misconduct allegations.

The Office of Management and Budget is currently reviewing the regulation changes. U.S. Secretary of Education Betsy DeVos has scheduled meetings with stakeholders through the beginning of February.

According to the FIRE report, 87 percent of institutions receive a D or F grade for failing to protect the due process rights of students accused of sexual misconduct. Enacting only the proposed regulations would raise surveyed universities’ grades to a C or better, according to the organization.

“All over the country, students accused of misconduct on campus routinely face life-altering consequences without any of the procedural protections one would expect in such serious cases,” Samantha Harris, FIRE vice president for procedural advocacy, said in a statement. “It looks like the Department of Education’s new regulations will ensure greater due process for students involved in certain types of cases, but universities should already be providing these important protections in all cases of serious non-academic misconduct.”

Most institutions maintain one set of policies for charges of sexual misconduct and another for all other non-academic misconduct like theft or physical assault, FIRE notes.

“Notably, of the 22 institutions that received an F grade for their sexual misconduct policies, 17 have been sued by accused students over the lack of fair procedure,” the report states.

“Less than 30 percent of top universities expressly guarantee the presumption of innocence in all serious non-academic misconduct cases, and less than 60 percent explicitly require that fact-finders – the institution’s version of a jury – be impartial,” according to the report. Only 28 percent guarantee “a meaningful hearing,” FIRE states, in which each party sees and hears the evidence being presented by the opposing party, before a finding of responsibility is issued.

“Would you feel comfortable defending yourself without information about what you supposedly did wrong? Would you trust a jury that didn’t get a chance to see all the evidence?” Susan Kruth, lead author of the FIRE report, asked.

“You shouldn’t,” Kruth says, “but college students across the country routinely face these troubling circumstances.”

A majority of college students surveyed by YouGov for FIRE in 2018 indicates they support colleges and universities putting in place stronger due process measures. According to the survey, 85 percent of students said their accused classmates should be presumed innocent until proven guilty.

Three-quarters of students support cross-examination, the survey found. Yet only 1 in 10 institutions guarantees students or their representatives a “meaningful opportunity” to cross-examine witnesses, the report found.

The DOE received more than 100,000 comments within the first two months of the public comment period last year, ranging from praise to “restoring sanity” to the process, to calling the changes a “step backwards.”

The rule change seeks to “clarify that in responding to any claim of sex discrimination under Title IX, recipients are not required to deprive an individual of rights that would be otherwise guaranteed under the U.S. Constitution; prohibit the Department’s Office for Civil Rights (OCR) from requiring a recipient to pay money damages as a remedy for a violation of any Title IX regulation; and eliminate the requirement that religious institutions submit a written statement to qualify for the Title IX religious exemption.”

“Every survivor of sexual violence must be taken seriously, and every student accused of sexual misconduct must know that guilt is not predetermined,” DeVos said in a statement. “We can, and must, condemn sexual violence and punish those who perpetrate it, while ensuring a fair grievance process. Those are not mutually exclusive ideas.”

Approximately 11.2 percent of college students experience rape or sexual assault on college campuses, according to RAINN, the largest anti-sexual violence organization in the U.S.